With about 22 million users, Cox Communications has a sizable number of customers that rely on them for Internet access. Cox Enterprises is a company that has been around for around 56 years. Because it has been in business for so long, it has been able to fine-tune its services to the advantage of its ever-growing number of subscribers. The company is the fourth-largest cable internet provider in the United States, and the many levels in which their service is available may have contributed to this. Unlike other ISPs, it offers up to five different Cox internet packages to its customers. This offers each market group a solution that meets their demands while remaining within their budget.

How good is Cox Internet?

As with other service providers, the various levels each have their own set of restrictions. When the limit is reached, Cox bills its clients based on usage. To give you a sense of where the restrictions are, the company’s most expensive plan gives you up to 2 TB of data each month. Users who want to operate their websites from home will have to find another provider because Cox does not accept inbound traffic for residential users, making it difficult to maintain web servers. When Cox announced their ambitions to deliver 1 Gbps Internet speeds under the moniker “G1GABLAST” in 2014, it caused quite a commotion. With this speed, you could download a 2-hour HD movie in around 8 seconds or 100 songs in about 3 seconds. The service, dubbed “future-speed Internet,” is still in the early stages of development and is only offered in a few regions of the United States. It would be fantastic to have such a fast Internet connection, but with the FCC finding that most broadband providers deliver speeds that are up to 12% lower than promised, how can you be sure that the speed you’re paying for is precisely what you’re getting?

Why Using VPNs With Cox Internet Is a Good Idea

The aforementioned research demonstrates how providers throttle the speeds who aren’t even aware of it. Because you can disguise what you’re doing from your ISP provider, using a VPN lets you go around any limits that they may have imposed.

As previously said, internet service providers frequently reduce bandwidth in comparison to what they offer. However, if you utilize a virtual private network, you can simply get around the limitations. ISP providers are generally the ones who impose these limitations. This is because VPN services allow users to hide their identity and IP address.

Users will be able to connect to various servers made accessible by the VPN network by utilizing the virtual private network. Server connections are encrypted, and individuals will be able to hide the incoming traffic flow from prying eyes interested in learning about your surfing habits.

Once you’ve connected to the VPN’s network’s servers, you’ll be able to do so. The VPN encrypts the link, hiding the traffic from others who could be curious about your surfing habits. This stops your provider from banning any websites you might wish to access or limiting your broadband use. Your location is also hidden when you use a VPN.

As a result, you’ll be able to access geo-restricted websites that you wouldn’t otherwise be able to access. This means you’re not limited to stuff from your own country, and there’s a huge selection of video clips to pick from.

Because the primary function of a VPN service is to ensure security, you can be confident that your personal information will be kept private, especially while doing things like online shopping or banking. You’ll be able to prevent your personal information from being stolen or your device from being hacked. This is critical because you will be protected from the numerous cybercriminal assaults that are launched daily in today’s world.

Choosing a VPN for your Cox connection

Selecting a good VPN for your Cox Internet Service shouldn’t take long if you know what to search for. For the best service, your selected provider should offer to stream, have a large server network, and solid security measures, and must be certain to deliver the finest service.

Although the VPN usage we’ve discussed here may all get past limits imposed by your ISP, we still recommend that you take advantage of their free trials or money-back guarantees to see which one is the best match for you. Go ahead and read the reviews to see which of the two options you have for your service provider.

How to Upgrade Your Study Laptop

How to Deal with Slow Internet Connections 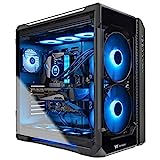